In a previous post I wrote about certain terms that are implied in all mineral leases: the covenant to reasonably develop.  In that article I described how a judge might cancel a certain area of an oil and gas lease if the producer hadn’t reasonably developed all of it.

This same idea can be applied to unused geological formations.  Let’s assume an energy company (the “lessee”) takes a lease for a 200 acre farm.  Let’s also assume that the lessee successfully drills five 40-acre wells on the acreage thirty years ago.  These five wells are all relatively shallow, and seek to produce oil and gas from the Clinton Sandstone geological formation.  Now, it should be pretty clear that the lessee has reasonably developed all of the farm’s 200 acres (5 wells x 40 acre units = 200 acres).  But, what can be said about the lessee’s duty to develop other geologic formations? Does the lessee have a duty to produce from the Utica/Point Pleasant shale?  A landowner might want to know: Can I break my lease if the energy company doesn’t drill a Utica well?

The answer to this question, like many things in the law, is “maybe.”  Recall that breaking a portion of an oil and gas lease for failure to reasonably develop acreage involved proving that any reasonable driller would have drilled additional wells to utilize the entire acreage.  A similar test applies for geologic formations:  would a reasonable driller have drilled a Utica well?  Though it might seem that any company with a lease would drill a Utica well, there are a number of considerations to take into account.  All of these considerations will be different depending on the land’s location.  Has another energy company drilled a Utica well nearby?    Was that nearby Utica well profitable?  How reasonable is it to require a small, regional producer to drill multi-million dollar wells typically drilled by vast multi-national corporations?

With all of the above in mind, it still may be that a landowner can cancel their oil and gas lease if the driller has operated old wells for many years and hasn’t taken steps to access any other geological formations such as the Utica Shale.

Why Haven’t I Been Offered an Oil and Gas Lease?

An ancestor owned oil and gas rights – how do I get title to them? 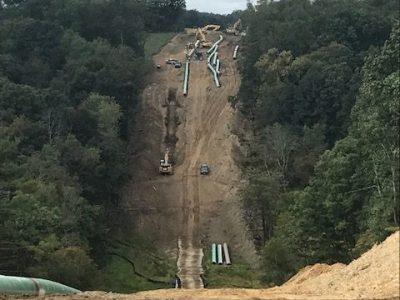