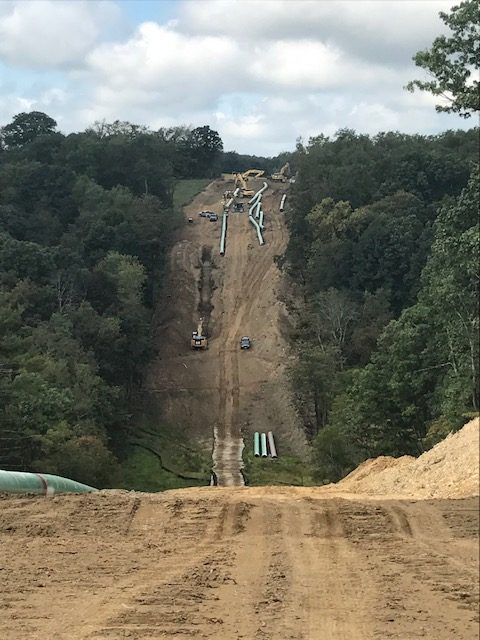 As a pipeline attorney, I spend a lot of time impressing upon potential clients the importance of having a rock-solid pipeline contract (this can be an Easement or Right-of-Way). The importance of a thorough, specific pipeline contract cannot be overstated. There is something else I say that often surprises landowners, and that is, “no matter how solid I make the contract, neither of us can control what happens on your property during construction.”

Over the course of the last twelve years, I have seen the good, the bad and the ugly with respect to pipeline construction. I’ve seen A+ operations and F- ones. And the reality is that even the best contract in the world cannot control the physical operations. All it can do is set you up for success in dealing with problems. Let me give a few examples.

This fall I was standing in knee-deep mud on a property in Eastern Ohio. Immediately in front of me was a ten-foot ditch. On the other side of the ditch was a thirty-six-inch diameter pipeline ready to be lowered into the ground. On the far side of the pipeline was my client’s “back fields” with head-high hay and waist-high beans. Oops. In this situation, we had written the contract specifically to say that the pipeline company would leave two land bridges during construction which would allow my client to take his combine and baler across the ditch to his backfields. The construction crew ignored their instructions and didn’t leave my client either land bridge. So now his crops were neglected and when he eventually got to the other side he was going to have problems getting them cut down to size without damaging his equipment. Let alone the fact that it was coming into October and he might not be able to sell the crops he was able to cut.

Earlier this summer, a different pipeline company failed to close a gate behind them and let a client’s cattle out into the middle of a state route. Last year I had multiple clients who had ‘water boxes’ placed on their property outside where the pipeline company was allowed to be per the contract. I’ve seen pipeline companies fail to clean up the windrows of brush and small timber that they created during construction.  I’ve seen them block driveways where they weren’t supposed to be. I’ve seen them take trees down where they weren’t supposed to be.

Despite all of the above, I’ve also seen pipeline companies go above and beyond the call of duty. I’ve seen them fill low-lying areas with extra soil to help out a landowner. I’ve seen them rise to the occasion and admit their mistake and help wrangle escaped cattle. I’ve seen them return a property to golf-course conditions.

What I want to impress upon you is that no contract can prevent these “accidents.”

This makes it extremely important for you, as a landowner, to work with an attorney who 1) has seen it all, 2) has an existing relationship with pipeline companies who know she means business, 3) understands the potential solutions to construction issues, and 4) doesn’t mind getting her boots dirty to come up with creative solutions.

The contract is only 75% of the battle.